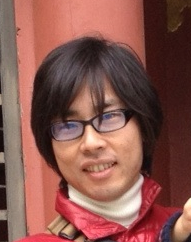 The concept of embodiment [1], in which intelligence emerges through the interaction between brain, body, and environment, is the key to understand extraordinary locomotive ability of animals on the earth and to build robots that can adaptively locomote in the real world.

A synthetic approach grounded in embodiment, whereby we aim to understand the mechanism underlying animal locomotion by building a real physical robot that can move around the real world [2]. This approach has two advantages: