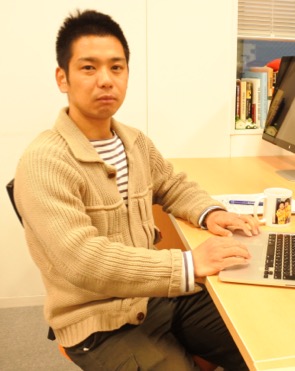 The following contents have not been updated. My recent research activities are updated in my personal website.

Animals exhibit astoundingly adaptive, robust, and versatile locomotion in response to the environment. My goal is to clarify the essential mechanisms of animal locomotion via mathematical modeling by focusing on decentralized control, in which non-trivial behavior emerges from the coordination of simple individual components. My research topics include the locomotion of snakes, ophiuroids (brittle star), earthworms, centipedes etc.

A Minimal Model of Collective Behaviour Based on Non-reciprocal Interactions

The collective behaviour of individuals is widely observed in many natural and social systems. In these systems, Newton's third law, or the law of action--reaction, is often violated. Hence, interaction between individuals is often non-reciprocal. In this study, as the first step towards elucidating the essential mechanism of the aforementioned systems, a minimal model of collective behaviour based on non-reciprocal interactions is proposed by drawing inspiration from friendship formation in human society.

In this model, particles, each of which represents a person in a community, exist on a two-dimensional plane, and the position of the $i$th particle ($i=1,2,\cdot\cdot\cdot, N$) is denoted by $ \mathbf{r}_i $. The time evolution of $\mathbf{r}_i$ is given by

It is demonstrated via simulations that various patterns emerge by changing the parameters (see http://www.riec.tohoku.ac.jp/~tkano/movie.mp4).

Control of coupled-oscillator systems based on multi-linear feedback

Methods to control the dynamics of coupled oscillators have been developed owing to various medical and technological demands. In this study, we develop a method to control coupled oscillators in which the coupling function expressed in a phase model is regulated by the multilinear feedback. The present method has wide applicability because we do not need to measure an individual output from each oscillator, but only measure the sum of the outputs from all the oscillators. Moreover, it allows us to easily control the coupling function up to higher harmonics. The validity of the present method is confirmed through a simulation.

The density oscillator is a simple system that exhibits self-sustained oscillation. It alternately exhibits up- and down-flow through a pipe which connects two containers filled with fluids of different densities. However, the mechanism of the flow reversal has not yet been fully understood. From the detailed measurements, we have found that flow reversal begins with an intrusion of fluid, which is followed by rapid growth. This process is definitely sensitive to the viscosities of the fluids, and as a consequence, the critical heights leading to flow reversal are clearly viscosity-dependent. These experimental results are explained by a simple model, derived by considering forces acting on a unit volume element located at the tip of the intrusion. Using this model, we can successfully explain the mechanism of flow reversal, which is the most essential process in a density oscillator.

In my free time I play tennis, learn English online.